Feast of the Divine Name 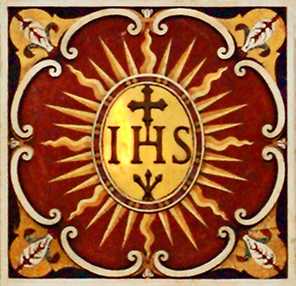 “Wherefore God also hath highly exalted him, and given him a name which is above every name: That at the name of Jesus every knee should bow, of things in heaven, and things in earth, and things under the earth; And that every tongue should confess that Jesus Christ is Lord, to the glory of God the Father.”  - Philippians 2:9-11: 9

A common belief among religions is the power of names. In Science of the Sacraments, Bishop Charles W. Leadbeater tells us that “according to all ancient belief the name of a thing has a direct connection with it and can invoke it anywhere”, and that “to command in the Name or by the Name of any manifestation of God was to draw upon the power of that manifestation.” [1]

The power of Divine names is obvious in the kabbalah, which emphasizes the mystical aspects of Hebrew tradition, such as the nature of God, the creation, and angelic and demonic forces. In this tradition, Divine names carry power, and the most Divine Name is the Tetragrammaton, which is revealed to Moses at the burning bush. The Tetragrammaton is spelled with the consonants YHVH. Since biblical Hebrew contained no vowels, the correct pronunciation is not known. Vowels are inserted to derive the names YeHoVaH (Jehovah) and YaHVeH (Yahweh).

​With the fall of Byzantium in 1453, a great number of texts came into translation under the Italian renaissance in Florence, bringing the kabbalah into the west. The Italian philosopher Giovanni Pico della Mirandola, known for his Oration on the Dignity of Man, which is known as the “Manfesto of the Renaissance”, argued that the Holy Name of God (YHVH) becomes the name of Jesus (YHSHVH, or Ieheshuah) with the addition of the letter Shin, and established the Christian Cabalah of Hermetic Neoplatonism as a religious philosophy. [2]
​Long before the Italian Renaissance, we find the use of the Holy Name of Jesus in the form of the Jesus Prayer, used by Christian monastic hermits, who settled the Egyptian desert in the 5th century A.D. There are variations of the prayer, but the one essential element being Jesus' name. A common and simple form is: “Lord Jesus Christ, Son of God, have mercy on me.” Monks often pray this prayer many hundreds of times as part of their nightly vigil. The practice has been more popular in the Eastern Orthodox Church than in the Roman Church, where the rosary is more popular.

In closing, here is a beautiful prayer from Seven Mysterious Prayers by Abbe Julio:

​“Very sweet Lord Jesus Christ, who has manifested such great miracles solely by the power of your very precious Name, and have enriched the poor so abundantly, since by this power the demons will flee, the blind will see, the deaf will hear, the lame will walk correctly, the mute will speak, the lepers will be purified, the sick will be healed, the dead will be revivified, because at the same time that one pronounces this very sweet Name of Jesus, the ear is charmed and delighted, and the mouth is filled with that which is most sweet; at its mere pronunciation the demons disperse, everyone kneels; temptations, even the most evil are uprooted; all illnesses are healed; all the disputes and battles, which are between the world, the flesh and the devil are dissipated; and the heart is filled with all the celestial properties; because those who have invoked, invoke now and will invoke this Holy Name of Jesus, have been , are now and will always be saved.” [3]