The Second Sunday in Advent
Intent: The God Within 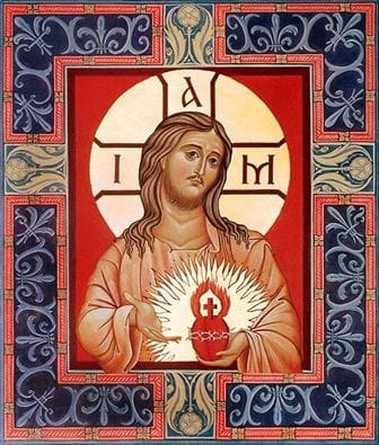 Where God exists is one of those perennial questions with its origins in our existential human need to know the Divine. It is not an exaggeration to say that we are born with the need to feel connected to something beyond ourselves. Quite naturally, in ancient times, we must have felt that to have a relationship with the Divine we needed to know where God actually lived.

This quest led to such statements as God is above, God is in heavens, God is in the sky, etc. Perhaps these answers were also connected to our fear of natural forces which we did not quite understand or control such as the forces of wind, rain and lightning.

However, what these primitive answers did not do was supply a satisfactory solution to that deep rooted need to feel connected, for in a way God remained away somewhere in a place separate from us.

But then at some unknown time in the ancient past a true revolution occurred in human spirituality. Someone finally felt the Deity residing within them. We could call that person the first Gnostic. After this God was no longer viewed as a tribal chieftain ruling in the skies but as an omnipresent force living within everything.

Where this revolution first occurred and who the first Gnostic was is anyone’s guess but we know that it was prevalent enough as an idea in the 4th century to be written above the pronaos of the Temple of Apollo at Delphi as: “Know thyself.” gnothi seauton" (Greek: γνῶθι σεαυτόν).

Some have theorized that this aphorism at Delphi originated at an even later time at the Temple at Luxor in Ancient Egypt since pre-Socratics like Thales and Pythagoras had Egyptian influences.
​
However, what is truly interesting about both of these theories is the link they make between Knowing the God Within and Light. Both the temple of Apollo and the temple at Luxor were dedicated to Deities of Light. Luxor was also the temple dedicated to the cult of the Royal Ka. The Ka was the Egyptian concept of vital essence, that which distinguishes the difference between the living and the dead. A clear reference to the Divine Animating us and Living inside us.

Gnostics today make this same link between the Divine dwelling within us and Light as a symbol for the omnipresent force of the Deity. The beautiful collect of today reads: “Oh Light of Our Souls, the sun of our heart who givest our being the things of the Light…..We have heard every voice but no other voice save Thine can please us; for it is Thou alone whom we have loved from the beginning to the end Come to us, and abide with us, O redeeming Light, Thou art the cross of light that gives life to the universe.”

And which gives life to every one of us!

​Therefore, let us as One Gnostic Community and One Universal Gnostic Church, pray together that we may truly connect with that omnipresent deity living within each of us, may it nourish us with wisdom, joy, security and above all else may it teach us that we are not separate from each other, that we share the same Divine essence, and through this realisation, give us that Holy and Everlasting Peace. Amen.