Martyrdom of the Holy Templars 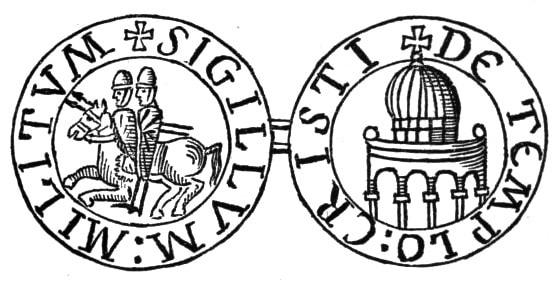 October 13 commemorates the day of the Martyrdom of the Holy Templars. On October 13, 1307 Clement V, the Pope of the Roman Catholic Church and the King of France Phillip IV, plotted to destroy the Chivalric Order known as The Poor Fellow-Soldiers of Christ and of the Temple of Solomon, and according to legend, in so doing, also seeded their own destruction.

Debate today rages on as to whether or not the Order had become heretical. Accused of heresy and blasphemous acts, the riches of the Order were appropriated, and the Knights themselves either hunted down and killed or ordered to join more Orthodox Knightly Orders, like the Knights of St. John Hospitaller.

But it is in many ways beside the point whether the legend of the Knight’s Templar Gnostic Heresy is true or not. What is a fact, is that this legend has permeated almost every western esoteric school of thought, and because of this has had an immense influence on western civilisation.

The Templars have rightfully become a symbol of the injustice of religious persecution and simultaneously that of the arrival of Gnosis to the west from the east.

Evidence does indeed show that the Templars were some of the first Europeans to the export esoteric and scientific knowledge to Europe. The knowledge gained through contacts with unorthodox Middle Eastern religious groups, alchemists, mathematicians, kabbalists and early natural philosophers, would eventually transform western civilisation itself.

Yes, we truly have the Templars to thank for the first glimmer of the Light of Gnosis in the west after centuries of early medieval darkness. It is also not an exaggeration to say that the very renaissance itself was rooted in the knowledge brought first to Europe by the Templars.

This knowledge would grow and gain such prominence that its later ideals of democracy and equality would challenge the very hegemony of the Church of Rome and the power of the Monarchs of the world. As legend recounts at the beheading of King Louis XVI, during the French Revolution, a Secret Templar in the Crowd shouted: “Jacques de Molay, thou art avenged!"
Perhaps we do not have to look any further than to this transformative knowledge for the true treasure of the Templars: Gnosis, Egalité, Liberté et Fraternité!

Indeed, in ways we will never know, we truly owe an immense amount of gratitude to these Poor Fellow Knights.
Let us therefore pray, as One Gnostic Community and One Gnostic Church that we will never see the tyranny that the Templars suffered ever reign again on the hearts, souls and bodies of humanity. May the Divine Aeon Christ, the Lord of Liberty and the Holy Mother, to which they were so devoted, and St. John their Patron, cherish them forever in the Myriad Halls of the Holy Pleroma; and may we Gnostics emulate their Courage and Spiritual Chivalry and ever put Truth before pride, Liberty before power and Freedom of Thought before orthodoxy. By the sign of Gnostic Liberty they shall ever conquer! Amen.
​ 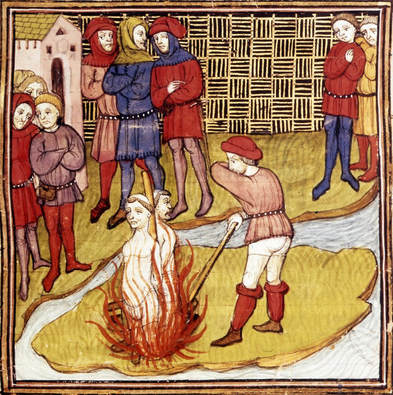