​Day of the Holy Valentinus 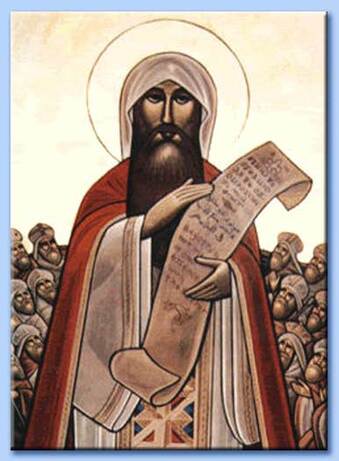 Born in Phrebonis in the Nile Delta (aprox. A.D. 100) he was no doubt educated in Alexandria, at the time a multicultural city and a place with a long history of the meeting and of the mixing of different faiths. It is believed that it is there that Valentinus heard of the Christian philosopher Basilides and became conversant with Greek Middle Platonism and the culture of Hellenized Alexandrian Jews.

However it was Theudas who imparted to him the secret wisdom that Paul had taught privately to his inner circle, which Paul publicly referred to in connection with his visionary encounter with the risen Christ (Romans 16:25; 1 Corinthians 2:7; 2 Corinthians 12:2-4; Acts 9:9-10), when he received the secret teaching from him. It is therefore from the Aeon Christ that Valentinus was said to have derived his doctrines and not only from the historical Jesus.

Tertullian confirms that Valentinus had once been considered for Bishop but dogmatic differences seem to have resulted in him being refused by Orthodoxs after which he withdrew to Cyprus, where he continued to teach and draw adherents.

His success as a teacher is well attested and his system was the most widely diffused of all the forms of Gnosticism, among his prominent disciples were Bardaisan, as well as Heracleon, Ptolemy and Marcus.

Apart from the very negative exposé of his Doctrine made by the Orthodox heresy hunter Irenaus there was discovered in the Nag Hammadhi find in Egypt in 1945 a series of writings which are associated with Valentinus. Of note is the Gospel of Truth which bears the same title reported by Irenaeus as a text by Valentinus. It is a declaration of the unknown ineffable name of Jesus's Divine Father, the possession of which enables the knower to penetrate the veil of ignorance that has separated all created beings from said Father. It furthermore declares that Jesus has revealed that name through a variety of modes laden with a language of abstract elements.

During the Restoration of Gnosis in the nineteenth century, our Church, through the influence of its Patriarch Jules Doinel (who took the Ecclesiastical name Valentinus II) revived the doctrines of Valentinus. Patriarch Doinel in his 1893 Catechism refers to him as ‘The third and greatest doctor of the Gnosis, Simon Magus’s successor on the Patriarchal Throne, the Father and the ancestor of our Assembly, the most harmonious and most eloquent of the Masters.’

Doinel also includes this beautiful teaching from him to his disciples:

“You are the children of Eternal Life. If you wanted death to spread its empire upon you, it would be to destroy and abolish it, making it die in you and by you. You dissolve the world and are not dissolved by it. You dominate all creatures and corruption.”

The importance and influence of Valentinus’ doctrines on Gnosticism cannot be overstated and humanity is truly fortunate to have had such a great defender of its spiritual nature and potential.

Let us therefore as One Gnostic Community and One Universal Gnostic Church pray together: "O Shepherd and Hierophant of the Souls of men, the One true initiator and teacher of the Gnosis, we pray that you keep thy servant Holy Valentinus, a Doctor of Our Church, that thou wouldst let thy blessing rest upon him, and that he may continue, through his written wisdom and spiritual influence guide those worthy of the Gnosis into the inner chamber of Thy Holy Mysteries and Divine Name. Amen.”