Sixth Sunday of Easter
Intent: Recognition of the Human Potential for Liberation 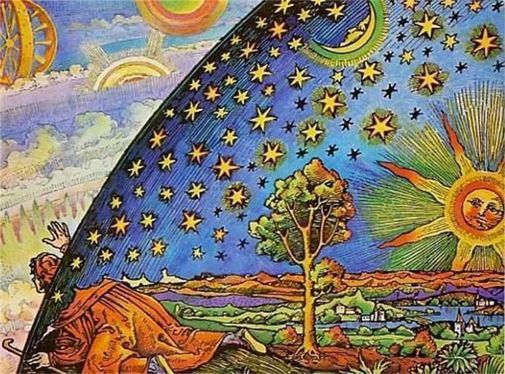 A recurring theme of gnostic writings is that man is a being in this world, but not of it; that he is fallen into the separateness of matter. Like a stranger in a strange land, he longs to return to his origin. The first step back is the recollection of his alienness. This awakened homesickness is the beginning of his return. Thus, we find in the Gospel of Truth (30:13): "Joy to the man who has rediscovered himself and awakened!" For the Gnostic, liberation means to be freed from the world, and to return to one’s higher state.

Where do we find the human potential to achieve liberation? What is the nature of man’s impulse for spirituality and spiritual striving? If we consider the findings of science, research has moved from the idea there is a “God spot” in the brain to the view that spirituality involves multiple areas of the brain. These studies are based on traditional assumptions about what it means to be “spiritual”, such as whether a person feels close to a higher power. To express the characteristic Gnostic perspective that man feels homesick and lost in an alien world, a better theoretical model might be ontological anxiety.

Ontological anxiety is a psychological theory that every human being feels perpetual tension due to our total fear and helplessness faced with the reality of death, a fact that is usually realized at a very early age and then repressed. This feeling of utter helplessness generates anger, because the survival function of the psyche insists on feeling secure and empowered, and anger is empowering.[1] Sometimes anger is expressed, and sometimes it is repressed, causing a host of problems, personally and globally. Fear, anger, war, and suffering – internally and externally – all may be due to the essential condition of mortality. The human potential for liberation may be rooted in man’s inherent drive to resolve this condition. Gnostic scriptures give the promise of relief from fear of death. The beginning of the Gospel of Thomas says: “These are the secret sayings that the living Jesus spoke and Didymos Judas Thomas recorded. Verse 1: And he said, "Whoever discovers the interpretation of these sayings will not taste death.”

The ancient Mysteries relieved fear of death and taught the immortality of the soul. In both the ancient Mysteries and modern schools of western esotericism, afterlife belief is central, and based on idea that man possesses a dual nature: part mortal and part Divine. According to the Corpus Hermeticum: “Out of the two natures, immortal and mortal God has made one nature — that of man. Thus has humanity been made in one part divine, and in another part mortal…”

From this perspective considering the human drive to relieve the anxiety of existing and knowing of existence, the human potential for liberation is not a quality belonging to a chosen few, but instead an essential human characteristic. The potential for liberation derives from man’s inherent discord with the condition of his mortality, a discord which can be resolved only by the recognition of his immortal nature, which recognition offers liberation from fear of death and the suffering of the world.