The Way of the Heart 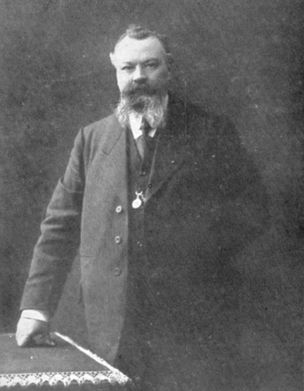 I know a simple man who has never read a book and who, nevertheless, can solve the trickiest problems of science better than famous scientists. There are humble people without academic qualifications and medical experience to whom heaven is so accessible that the sick are healed at their request and the wicked feel their hearts melting in loving kindness at their contact.

Joan of Arc had never read a treatise on strategy nor seen a battlefield but she defeated at her first attempt the greatest tacticians of her time! How could this be? It is quite simple: because she surrendered completely to the Divine Will and did not question the Invisible as would have done an adept of the intellectual plane.

Should one then wonder at the puzzled way in which critics look at these creatures who are animated by the "living light of the Father" and generally known as quietists or mystics? They (the adepts of the intellectual plane) cannot understand them because they attempt to measure universal faculties with the limited capacities of their brains. Because he cannot understand him, the critic insults the mystic and holds him in contempt whilst the mystic prays for his tormentor and carries on with his labor of love.

The path of spiritual development is simple and straight-forward: "Live always for others and never for self"; "Do unto others as you would be done by at all levels"; "Don't ever speak or think evil of the absent"; "Do what is hard before doing what you like"; ----these are some of the formulas of the mystic way which leads to humility and prayer.

There is a form of physical purification dear to the heart of the adept of the intellectual plane: it is vegetarianism which lessens the attraction of the physical. But this purification means nothing however, if when purging the body of animal influence, we do not purge the astral body of selfishness and the spirit of the influence of vanity,----a hundredfold more harmful than the impulsions born from eating meat. When a man thinks he knows something and places himself on a par with the Gods, working to achieve his personal salvation and withdrawing into an ivory tower in order to purify himself, why should he be given anything? He thinks he has what he needs and he looks upon himself as a pure and all knowing person. But when a man is simple and aware of his weakness, and knows that his will is of little importance if it does not conform with the actions of the Celestial Father; when he is not preoccupied with his personal purity nor with his needs but with the suffering of others, then heavens recognize him as one of its "little children" and Christ asks that he be led to him.

A mother who has worked a lifetime to bring up not only her children but also those of people poorer than herself is greater before the Eternal than the pedantic theologist and the so-called adept so proud of his purity. This is an instinctive truth which strikes people without any need for demonstration because it is a truth that applies to all levels.

Therefore, let the student aim at simplicity rather than at pedantry and let him beware of men who give themselves as perfect because "he falls the hardest who falls from a great height!"

The Mystic Way requires thus unceasing help at all stages of evolution and of perception. On the physical plane, help from friends and masters teaching through example; on the astral plane, help from thoughts of devotion and of charity illuminating the path and enabling one to bear the trials through peace of the heart; lastly, on the spiritual plane, help from the Guardian Spirits strengthened by feelings of pity towards all sinners and of indulgence towards all human weaknesses as well as praying for all of the willful blind and for all enemies. Then it is, that the terrestrial shadow disappears slowly, that the veil is lifted for a moment and that the Divine feeling of knowing one's prayers are heard fills the heart with courage and love.

Having reached that point, the mystic cannot understand the need for so-called learned societies, even for those devoted to occultism, nor for books so numerous, needed to explain things so simple. He is wary of societies and books and withdraws more and more into communion with the forsaken and the plagued. He acts and reads no more, he prays, he forgives and has no longer time for judging and criticizing.

The intellectual, observing such a man, wonders first of all through what books he has reached that stage, also to what tradition he belongs and lastly, in what category one should place him in order to better...judge him!

He seeks for the "magic word" the mystic uses to cure at will the most malignant illnesses, for the form of hypnosis which would allow him to influence the mind of others in such a way, even at a remote distance, and for the selfish purpose that is behind it all. And as the intellectual does not find in books an answer to these questions, and as he needs an explanation to regain his peace of mind, he gravely tells himself or the circle of his admirers: "Possession!" or a "Mystic!" or "Simple Suggestion!"...and all is said. The intellectual thus becomes a little more vain and the mystic,----a little more humble.

And while studying, reading and time are necessary to progress on the intellectual plane, none of that is needed to progress on the mystic path. It can be covered nearly to the end and in one hour of terrestrial time as did Swedenborg on the first day of his vision and as did Jacob Boehme, or it may take 19 years even before its entrance is discovered as was the case with Willermoz and with many occultists. The reason is that the gate to this way is not opened by the seeker but by his invisible guides and by the stress of his spiritual being.

There is therefore nothing easier and nothing harder than to follow this path. It is open to all men of goodwill and no other man is worthy of it. The doorway is so low that only little children can enter. As those who come to that door are often tall and proud men who think it is below their dignity to become small, the entrance remains for a long time invisible to them.