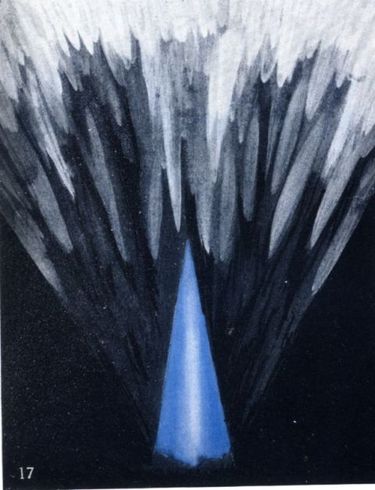 The idea that man is “not of the world” is familiar to Christianity, and is one of the recurring themes of Gnostic mythology. For the Gnostic, the soul is alien to this world, in a fallen state and far from its true home. The soul is entrapped in the “tomb of flesh,” and the material world is but a vast prison for the soul, ruled by the Archons. Man’s experience in the world is thus one of suffering and homesickness.

The idea of having been forgotten in the alien world is expressed in the Ginza Rba of the Mandaeans:

“A vine am I, a lonely one, that stands in the world. I have no sublime planter, no keeper, no mild helper to come and instruct me about every thing.” (346)


The Mandaean Book of John also expresses the abandoned soul’s desire for liberation:

“O how shall I rejoice then, who am now afflicted and afraid in the dwelling of the evil ones! O how shall my heart rejoice outside the works which I have made in this world! How long shall I wander, and how long sink within all the worlds? (196)


The lamentations of the Pistis Sophia (a Coptic text of the Askew Codex) express man’s yearning for God:

“O Light of Lights, in which I have had faith from the beginning, hearken now to my repentance. Deliver me, O Light, for evil thoughts have entered into me. . . . I went, and found myself in the darkness which is in the chaos beneath, and I was powerless to hasten away and to return to my place, for I was afflicted by all the Emanations of the Authades [the Arrogant One]. . . . And I cried for help, but my voice did not carry out of the darkness, and I looked upwards so that the Light in which I had faith might come to my help. . . . And I was in that place, mourning and seeking the Light that I had seen on high. And the watchmen of the gates of the Aeons sought me, and all those who stay within their Mystery mocked me. . . . Now, O Light of Lights, I am afflicted in the darkness of the chaos. . . . Deliver me out of the matter of this darkness, so that I shall not be submerged in it. . . . My strength looked up from the midst of the chaos and from the midst of the darknesses, and I waited for my spouse, that he might come and fight for me, and he came not.” (Ch. 32)


Man’s fallen condition is depicted in the aptly titled 1961 novel by Robet A. Heinlein, Stranger in a Strange Land. In this classic work of science fiction, the protagonist is named Valentine Michael Smith, referencing both the Gnostic Saint Valentinus and the Archangel Michael. Smith is reared on the planet Mars and comes to Earth as an adult. He has psychic powers and performs magic. He believes in the afterlife, because Martian society is ruled by the “Old Ones,” the spirits of the dead. He expresses the Martian concept that “Thou art God.” He reforms the popular Church of the day with western esotericism. Here, the yearning for home comes in part from a necessity to escape the attacks of the orthodoxy, and Smith’s followers teleport to Mars. It is no wonder that the working title of this Gnostic novel was The Heretic.

What is the nature of man’s yearning? Viewed in physical terms, perhaps it is the constant needs of the body for sex, food, water, and air. Mentally, his yearning may be the need to understand and to be understood, or the pursuit of knowledge and truth. Emotionally, man’s yearning may be the desire for love and nurturing. Unconsciously, man’s longing may be an unconscious recollection of the comfort of the sleep in the womb, or of the ignorant bliss of infancy and early childhood before his awareness of mortality. Man may also yearn and suffer because of his regrets, as expressed by David in Psalm 38:4-6:

"For mine iniquities are gone over mine head: as an heavy burden they are too heavy for me.
My wounds stink and are corrupt because of my foolishness.
I am troubled; I am bowed down greatly; I go mourning all the day long."


We should also consider the Gnostic concept of man’s alien-ness in the context of the circumstances of the world at the birth of Christianity. After Alexander the Great conquered the East, Hellenistic culture spread, cultures intermixed, and religions were no longer tied strictly to geographic centers. It was a time of great political, philosophical, and spiritual upheaval, and people felt displaced, like aliens in a foreign land.

For the Gnostic, salvation means man’s return to his Divine home. The means by which salvation is achieved is that man recalls his original state, and recognizes this place of exile for what it is. Thus, in the Gospel of Truth we find the declaration that “He who thus possesses the Gnosis, knows whence he came and whither he goes.” (Ch. 22) Gnosis of one's Divine nature and of one's entrapment in the world then is not only a cause of yearning; it becomes also a source of power. Man’s gnosis of his immortality gives him majesty; he rises above the noise of this world. According to the Coptic Gospel of Truth (one of the Nag Hammadi codices), “Joy to the man who has rediscovered himself and awakened!” (Ch. 30)

Finally, let us be reminded by these last lines of Jean-François Ducis’ 1769 Hamlet that Man is not helpless. He can work for reintegration by acts of love, charity, and virtue:

“My sorrows are overwhelming, but my virtue is left to me.”