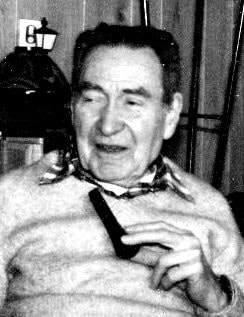 René Chambellant - Tau Renatus.
His Beatitude René Chambellant, in ecclesia Tau Renatus​, was Patriarch of the Gnostic Church from 1945 to 1948. He became Patriarch after the assassination of Constant Chevillon Tau Harmonius in 1944. Chambellant was a key player in reviving the Ordre des Chevaliers Maçons, Elus Cohen de l'Univers with Robert Ambelain, Robert Amadou and George LaGrèze.

At the time of his consecration, in the aftermath of World War II, the Holy Synod decided to put the Church in a temporary state of dormancy. Chambellant was a highly regarded oral surgeon, and was approached by the government of France to teach dentistry and oral surgery students in the Congo. He was also responsible for overseeing French Masonry in the Congo. During this time he held the title of Primate de Africa, as well as the title of Eveque de Montsegur, which he retained as the constitutional Patriarch. Chambellant returned to France in the early 1980s, after Pedro Frieri had been elected patriarch following a lineage proceeding from Robert Ambelain. After the death of Frieri, when the Church was illegitimately declared autocephalous, some regarded Chambellant as Patriarch. During this time he carried on communications with the North American Primate Roger Saint Victor-Hérard (Tau Charles) and his future successor, Robert Cokinis (Tau Charles Harmonius II), who assisted Chambellant in reinforcing the Elus Coen Order in Canada. Chambellant also guided Cokinis in establishing the Ecumenical Gnostic College of Métropolitains. Chambellant died on September 1, 1993.