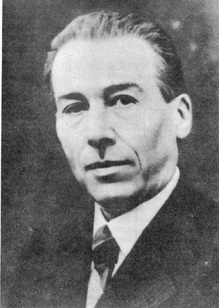 Prayer is the only true and holy magic. Ceremonial magic, too often, places the will at the service of pride. Prayer, on the other hand, is a very humble aspiration of the finite towards the Infinite. A person praying resembles a desert striving to become a meadow full of flowers and, furthermore , he does not demand - he beseeches.

However, common men ignore all that prayer involves. For the overwhelming majority, to pray is to say words with the lips and sometimes with the heart, the ardor corresponding to the intensity of their desires; or to bow in a temple or oratory in order to entreat, from an anthropomorphic God and according to their own wishes, free gifts, entirely material, like health, wealth, success or love. Thus, we pray nowadays as did the Jews of yore, wishing to exchange manna for the onions of Egypt.

Certainly a prayer asking for the goods of this world is, of course, permissible. To address the merciful Father, asking Him to guard us from physical misery, is an homage to His almighty power. We forget, however, only too often, the words from the gospel: "Seek first the Kingdom of God and His Justice and everything else will be given unto you."

​Prayer should not intend only to break the infernal circle of destiny; it is far more elevated and noble. It is a superhuman lifting up towards the Divine splendor, as well as kneeling - it is unspeakable ecstacy - facing the Ineffable Charity.

To be able to pray in this manner, it is necessary to become silent within. Free oneself from all evil thoughts, even from simply negative ones. It is necessary to put feeling, understanding and reason in tune with the spirit, to enter into a passive state in order to allow Divine activity to be realized within. It is necessary to shed indifference and coldness, to make a holocaust of one's own being, and to project above any human selfishness, a prodigious call of love.

Then the channel of Beatitude opens itself in its sublimity. Two currents project themselves towards each other. The first, ascending current carries man into the bosom of God; the second, like a celestial river, descends upon the earth to make the soul conceive into a pregnancy of eternity. And that finite being, that nothing, lost in the ocean of Being without boundaries and place, is carried up to the confines of the Absolute. A mysterious operation through which, once, the Son of God became the son of man, repeats itself in its inverse sense. Distance becomes non-existing. The human nature, now transfigured in an incomprehensible union, embraces the Will of God, His Justice and His mercy.

When prayer reaches such summits, how unimportant do the terrestrial things appear then! The words of Chrysostom are aglow in their severity: Vanity of vanities, all is Vanity! Riches, Vanity! Honors, Vanity! Human power, Vanity of Vanities! Everything disappears under the blazing breath of the Paraclete, nothing remains there except the immense furnace of love:

Are only saints able to lose themselves into this mystical transport, neighboring the beatitude? No. If peace is with him, every man of good will is capable of reaching there, because every prayer is holy when it relies upon faith and hope-even measured by human standards. O you of humble heart and pure in spirit, do not become discouraged in spite of the apparent sterility and inefficacy of your prayers. If you ask for temporal favors, do not be surprised if you do not receive anything. The kingdom of Christ is not of this world, and your desires mean very little when compared with the eternal gift which, unknowingly, is granted you.

Pray, therefore, in heights of ecstacy, for yourself and for others; but above all pray for others, recalling the last vision of Dionysius the Areopagite, who, on the eve of being tortured, was thinking in his prison about the salvation of humanity. Jesus came to comfort him and said to him: "If you pray for others you shall be heard." Now, if God can pay a hundredfold for the least alm given to the poor, in His name, how will he repay the fruit of your prayers?